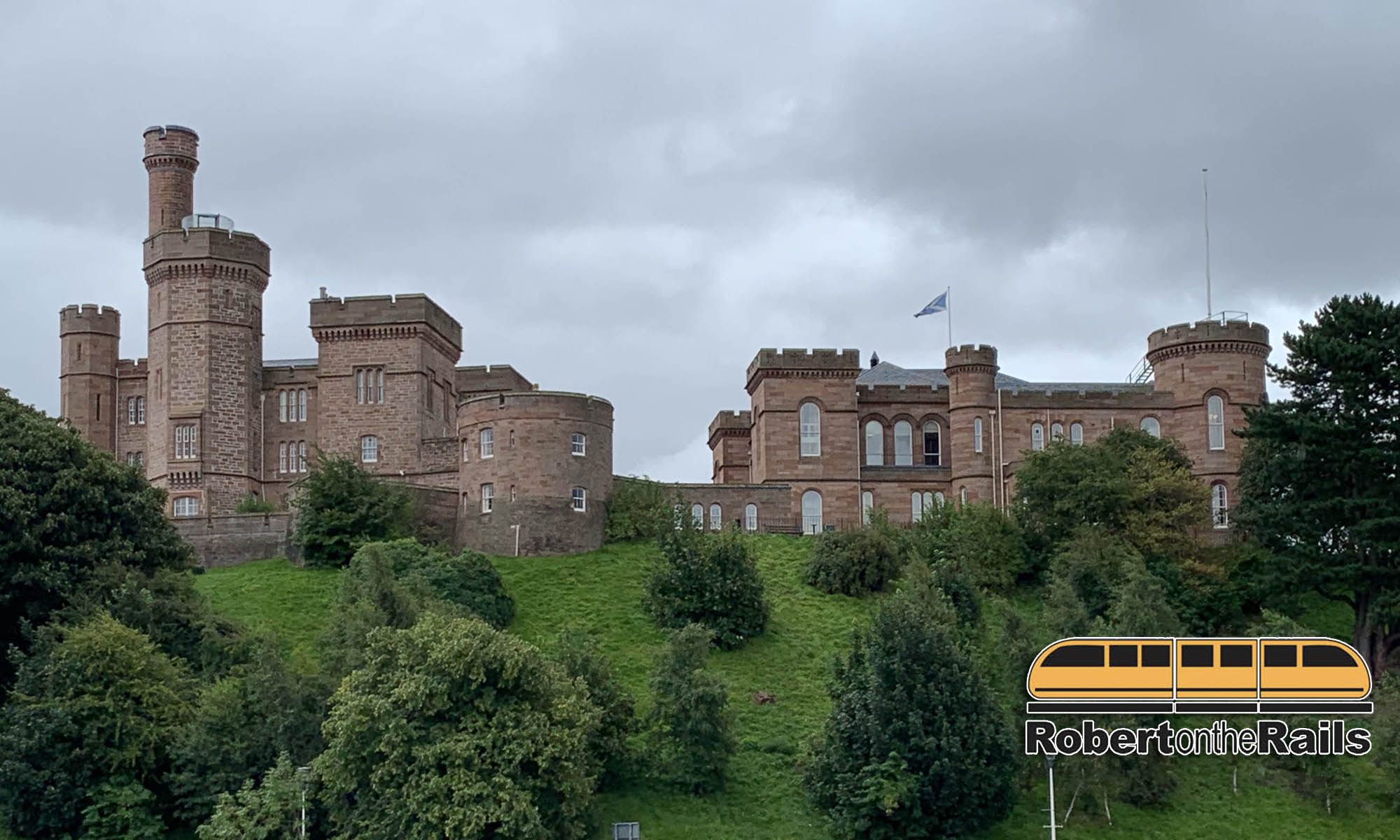 Thursday, 5th September 2019 The penultimate day of the tour takes us from Inverness by train down to Glasgow. After a leisurely breakfast the tourees gather with their luggage in the hotel reception. A man with a van duly arrives and the luggage is loaded into the van and will be delivered directly to our rooms in this evening’s hotel in Glasgow. A coach arrives and takes us into central Inverness. The tourees then have three hours to themselves to discover Inverness and have lunch. I go for a wonder on my own, first visiting the Victorian market opposite the railway station. A walk beside the River Ness gives me views of Inverness Castle. On the other side of the river to the castle is Inverness Cathedral. Back across the river I climb up to the castle to get the views. There have been several castles built at this site over the centuries. The existing castle was built in the 1830s and is currently used a Sheriff Court. Since it is a working court you can’t wonder around inside, unfortunately. In the weeks before the Battle of Culloden, in 1746, 3,000 of Bonnie Prince Charlie’s Jacobite followers seized the then castle. They plundered the stores for food and weapons before razing the site in a blaze of explosives. When Mary, Queen of Scots visited in 1562, the Governor had entrusted the castle to his Captain. The Captain refused entry to the Queen, causing great offence, so he was executed and […] 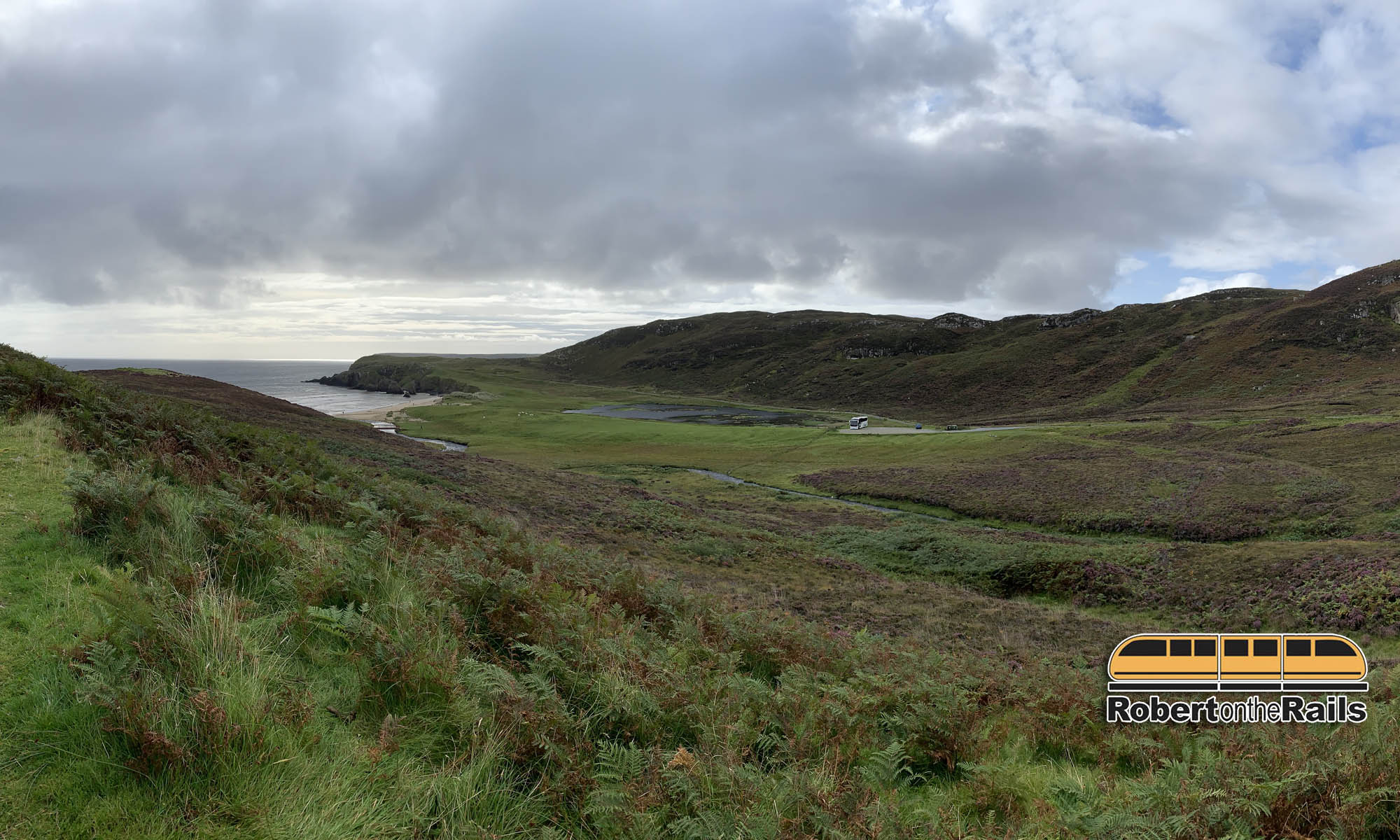 Wednesday, 4th September 2019 Today we head north from Stornoway for a trip to the beach, then some free time in Stornoway before catching the ferry across to the mainland at Ullapool and a coach to Inverness. As we drive north with our own version of the Chuckle Brothers (Chris, the guide and Jon Murdo, the driver) we pass through the village of Tunga. This is the birthplace of US president, Donald Trump’s mum. Donald’s cousins still live here and he has previously visited them. Between 1918 and 1923 the island of Lewis was owned by Lord Leverhulme [of Lever Brothers and Persil fame]. He proposed a road from Tolsta to Port of Ness. It was a time when servicemen were returning from the first world war and wanted land for crofting and not work from Leverhulme. The road was never completed. The only part ever built was a bridge at the southern end in Garry: during its construction 140 men mixed the concrete by hand. Since construction of the road stopped it is now know as ‘The Bridge to Nowhere’. The views from the bridge are stunning. Don’t be alarmed by the blue bits of sky, it was just a temporary break in the rain fall. Our driver, John Murdo, gave us a quick bagpipe recital next to the Garry beach. To watch and listen see the Video of the day at the bottom of the blog. A walk on the beach. We returned to Stornoway and were able […]